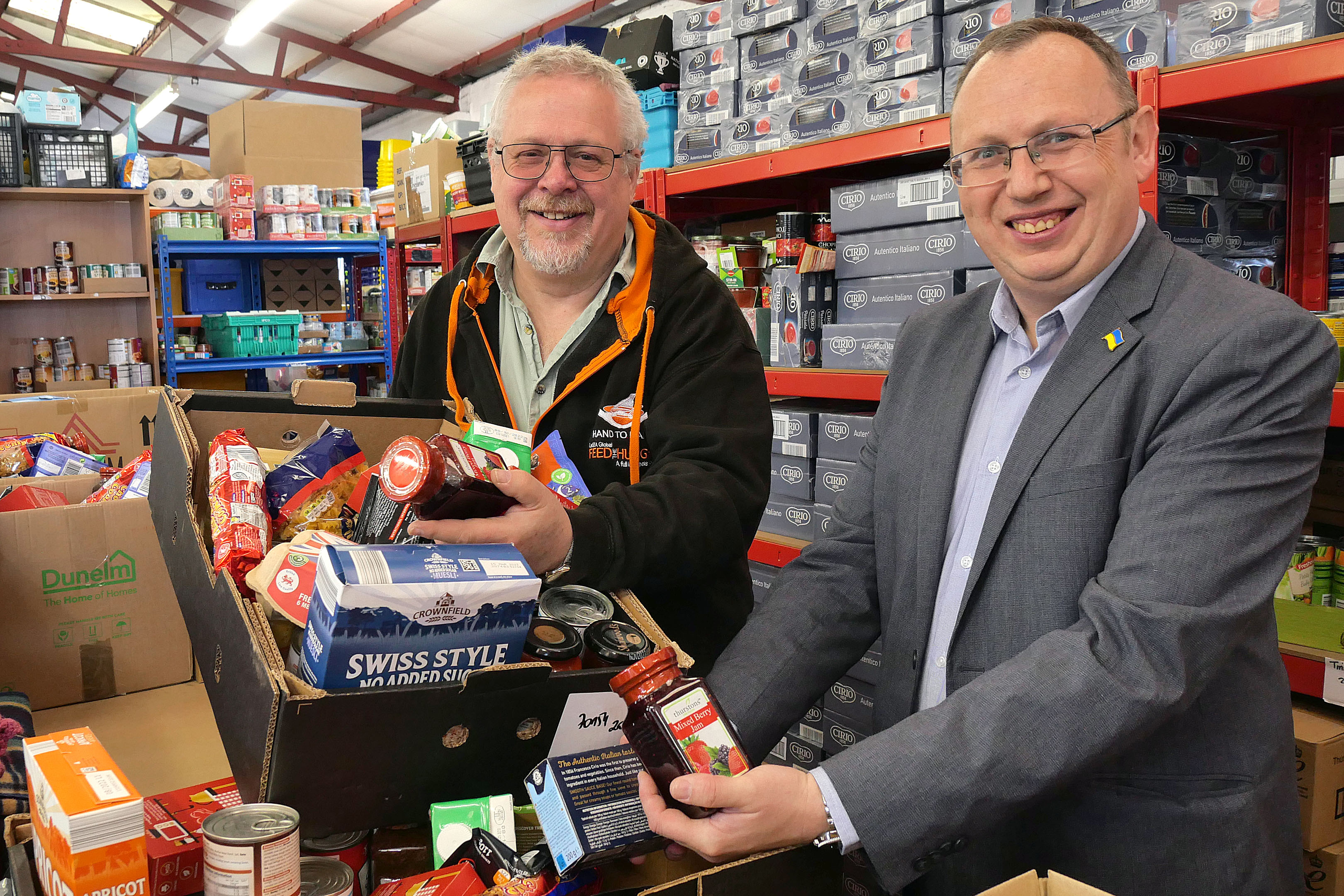 Borough Council Leader Stuart Bray has thanked staff and volunteers at Feed the Hungry, the Hinckley-based charity for all the work undertaken over the past few months in aid of people in Ukraine.

Volunteers at the charity in Nutts Lane have led the way in collecting much-needed donations for those left displaced because of the Russian invasion of the Eastern European country.

Over 20 tonnes of clothing, food and supplies has been donated, and volunteers have sorted and packed 60 pallets, which amounts to around 3,000 parcels which have been transported to the Odessa region, Balta, Cernauti and Kyiv in Ukraine.

From the moment the war started it has been humbling to witness how much people wanted to help. Thank you to everyone for their amazing efforts and the incredible outpouring of support and solidarity for the people of the Ukraine.

At such a challenging time, local volunteers have co-ordinated this amazing humanitarian effort and we stand by them in support of all Ukrainian people.

The council have been delighted to work alongside Feed the Hungry and other local charitable organisations and having visited the depot and seen the volume of donations I can only reiterate my thanks to everyone, those who have donated and all the volunteers.

We would like to thank everyone for their generosity and very special thanks must go to our volunteers. We could not have achieved so much without them.