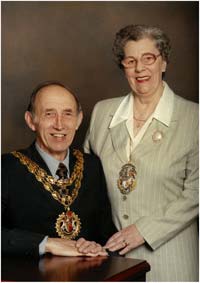 TRIBUTES have been paid to a former Mayor of Hinckley and Bosworth and long-serving Earl Shilton councillor who has died aged 88.

Labour Group Leader for the Borough Council, Matthew Lay said: “This is very sad news. Denis was a very honourable, decent and hard working person who served Earl Shilton with great pride over the many years he was a Councillor. I had the pleasure of working with him and his brother on the Council and they were stalwarts of the community.”